Selling off some of my doubles from 1996 Oddbodz first i'll sell is Carlton Set. Only missing one card from the Carlton common set and I also have a magic card of Greg Williams (Turbo Diesel). Cards are in used condition as you can see from the picture. Please enquire if you are interested in any other cards. Ill provide a list of all the cards I have and a list of the RARE magic cards.

The cards in the standard set have a green border and each player is identified by a nick name. A parallel set with the word MAGIC on each card is also available, in which the blacked out sections may be rubbed to produce a hidden picture. 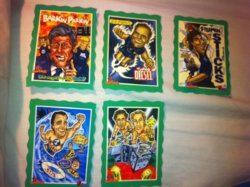 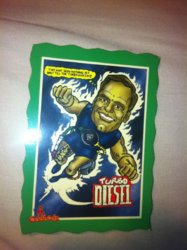 His last post in this thread was 9 years ago lol

Theums never in doubt - he was one of my first ever sales on this site (ironically for footy Oddbodz) back in 2009/10.

my point was more how did you stumble on a post that nobody had posted in for a decade? That’s some commitment to your sir

have a good one brother
J

I am comitted, and a little crazy. also you are here after 10 years yourself so there is still a pulse!